Yesterday, the great Franco Maria Ricci left us. A multifaceted character: publisher, graphic designer, collector and bibliophile. For us in SCIC, and to our chief Renzo Fornari, he was a great friend and essential coadjutor and designer of our famous advertising campaigns.

Our affection goes to his family, co-workers and to everyone who understood his intelligence and personality.

A HISTORY OF SUCCESS

In 1963 Renzo Fornari chose Franco Maria Ricci to oversee the design of the logo and brand image. He interpreted the idea of Renzo Fornari’s project of modularity combining six equilateral triangles to form a hexagon which represents the geometry of a flower. That logo which is simple, modern and compact is still today the symbol of SCIC (Super Cucine Italiane Componibili).

Even before kitchens were crafted, Franco Maria Ricci designed a colourful, pop, ironic advertising campaign which warmed the rational universe of modern kitchens by associating it with utensils: rolling pins, cutting boards, choppers and graters… Youth, joy and enthusiasm still emerge from those images of a starting company.

From 1963 until today, lots of things have happened. Renzo Fornari e Franco Maria Ricci followed their own paths, different ones, but never losing touch with each other.

Recently, they collaborated at the exhibition of the Labirinto kitchen, which was presented during the Salone del Mobile 2017 in 19 Durini street, Milan. Here, the publisher created his famous library where today it is located the SCIC Flagship Store. In 2019 we had the honour of hosting him during the event that celebrated the 50th anniversary of the creation of G.S SCIC cycling team. 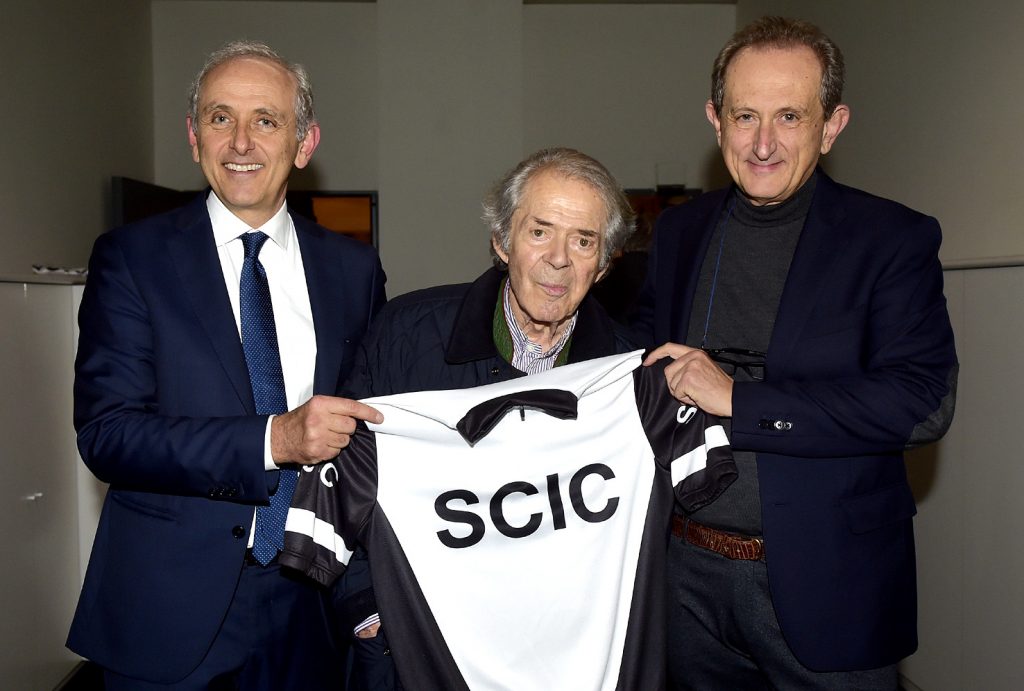 The friendship between Renzo Fornari and Franco Maria Ricci lasted a lifetime and continues today in their journey of faith.

From their union, which was both a friendship but also a work collaboration, brilliant and winning ideas arose, that still today make us grateful. 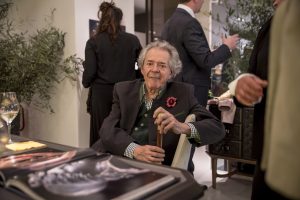 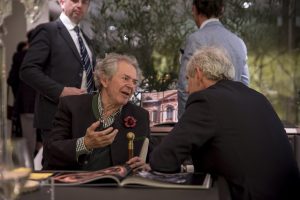 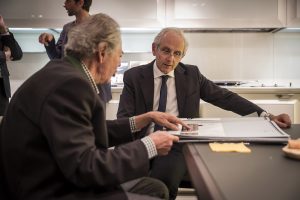 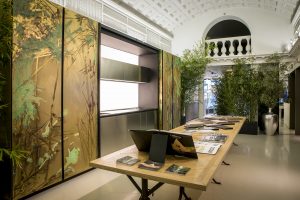 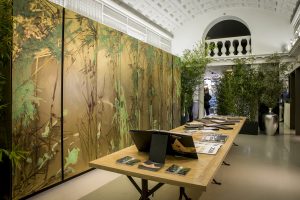 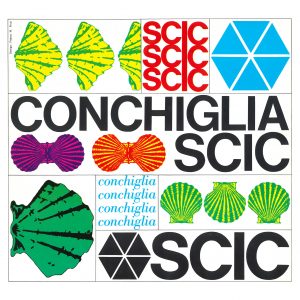 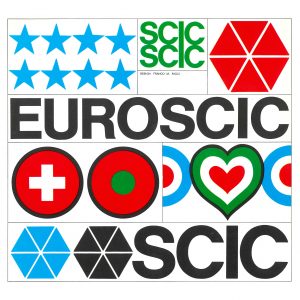 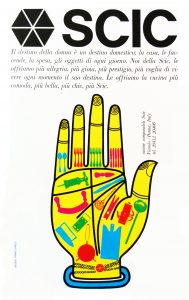 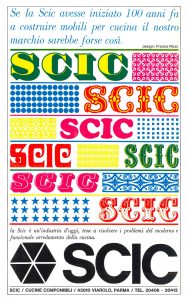 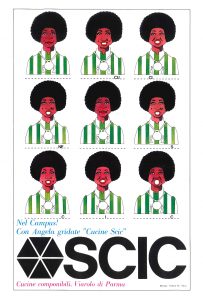 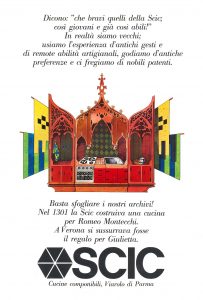 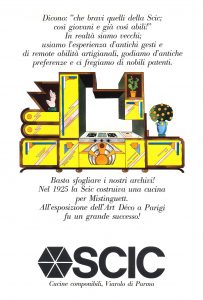